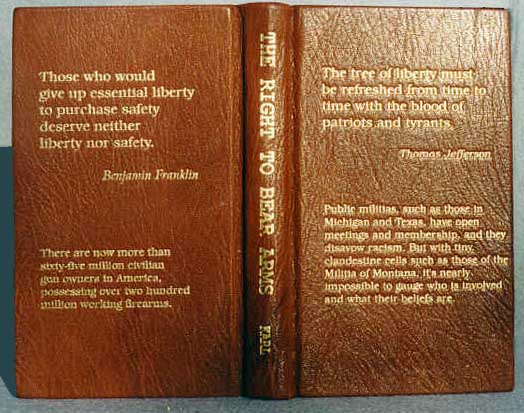 The Right To Bear Arms: The Rise of America's New Militias
by Jonathan Karl
Binding by Minsky, 1997

A history of the militia movement by a New York Post investigative reporter.

Bound in russet Nigerian goatskin, with quotes from the book in 23K gold on the covers. Endpapers are Fabriano Roma paper, printed on an Epson Stylus 1500 inkjet, and shot at 25 yards with a Ruger 10/22 semiautomatic rifle. 6 1/2" x 4 3/4". 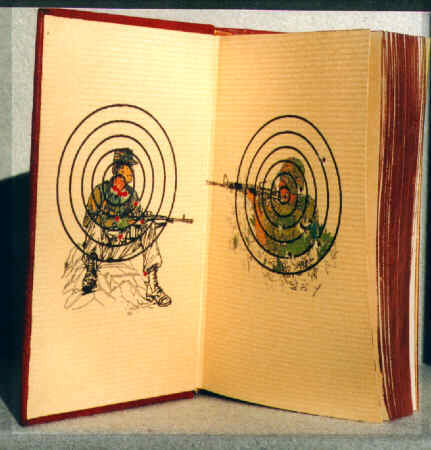